The first day of the new year featured more than just celebration for residents near Fairland Recreational Park in Burtonsville. Maryland-National Capital Park Police officers responded to a call of gunshots around 3:15pm on January 1. The officers were able to locate three adults firing weapons at makeshift targets.

The Maryland-National Capital Park Police are responsible for law enforcement within area parkland. They also regularly work alongside other local police agencies.


As always, our readers are given a look at the raw information we receive. The unabridged press release is featured below with a map of the locations involved. 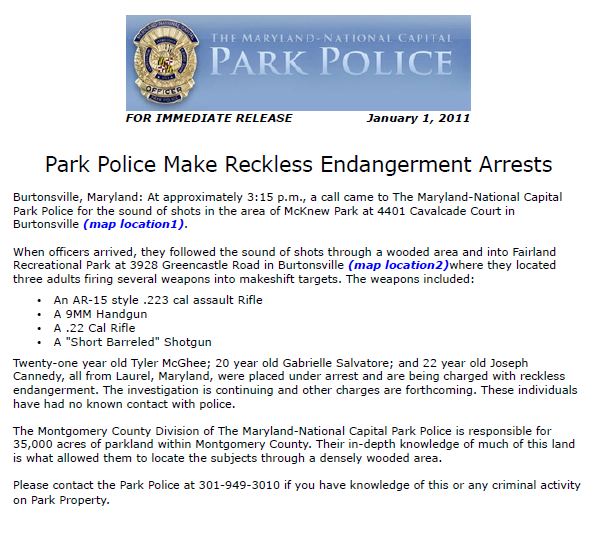 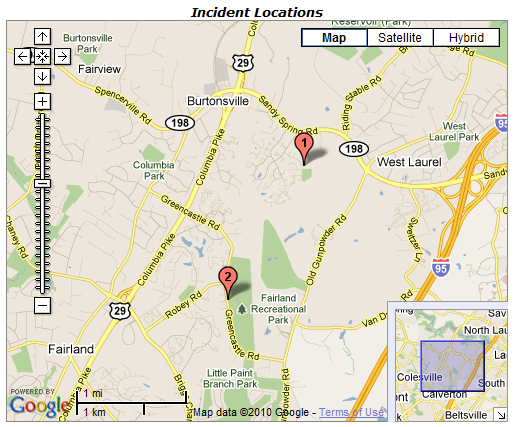 Posted by The Capital Region Pulse at 2:52 PM